This is part five of the Options Series.  In this article, we will answer the question of Will Options Trading be Banned?

For many people, options trading is a strange and mysterious investment practice.  The myths surrounding it often lead people to ask whether options trading will be banned or is it illegal?

The short answer is NO!  Options are a legal financial instrument that many use for a number of different purposes: as protection against expected moves in an underlying instrument such as a stock; as a way to use leverage to control more of a stock than you want to buy outright; as a way to use your existing investments to earn additional cash; and many other uses.

Options and futures contracts did not originate on Wall Street at all.  These instruments trace their roots back hundreds of years – long before they began officially trading in 1972.

The Japanese are credited with creating the first fully functional commodities exchange in the late 17th century, where samurai were paid in rice, not yen, for their services.  The formal market was created for buyers and sellers of rice where they would “barter” for rice, and samurai could earn a more consistent profit, without being dependent on spot price for rice.

The first options were used in ancient Greece to speculate on the olive harvest.

A critical attribute of Thales’s arrangement was the fact that its merit did not depend on his forecast for a good harvest being accurate. The deposit gave him the right but not the obligation to hire the presses. If the harvest had failed, his losses were limited to the initial deposit he paid. Thales had purchased an option. 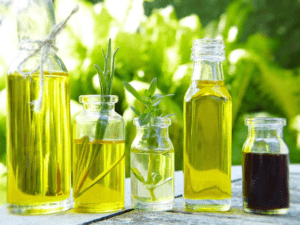 One of the most notable uses of option contracts in history occurred during the tulip bulb bubble of 1637. Yes, a financial crisis over a flower. The tulip bulb bubble was significant enough to adversely affect the economy of the Netherlands for years after the event.

During the 1630s, tulip bulbs in Holland began to appreciate in value. People began to chase the price of tulip bulbs up to levels that were not only unsustainable but would have dangerous ramifications for individuals, as well as nations, once the tulip bulb fad wilted.

Options and futures became popular derivatives during this time for a couple of reasons: delayed delivery and leverage. Tulip dealers would plant bulbs which would not be ready for delivery or sale until sometime in the future. This created the perfect market for futures and options as the buyers, speculating that the price of bulbs in the future would be higher than when they were planted, would enter into call contracts to purchase the bulbs at a specified price and at a future date in time. For this right, they would pay the seller of the bulb a premium which the seller would keep regardless of the price of the bulb in the future.

Most speculators at this time would have used options because of the leverage. For a small amount of money, the premium, these speculators could enter into dozens, if not hundreds, of contracts in the hopes of selling those contracts later at a much higher price. The use of leverage helped inflate the prices of the bulbs as more and more people began speculating.

As it turned out, the prices of the bulbs completely collapsed. Since the options and futures markets were not regulated as they are today, many of the buyers and sellers of the contracts walked away from their obligations. 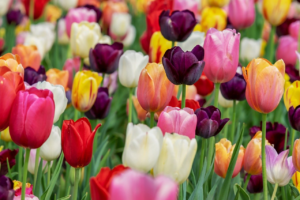 Hopefully, this history on options proves to you that Options Trading will not be banned.  In fact, it has been used throughout history by investors of all types.

Schedule a FREE consultation and figure out if Options are right for YOU!  Click HERE

Check out this link from Investopedia if you want even more details on Options.